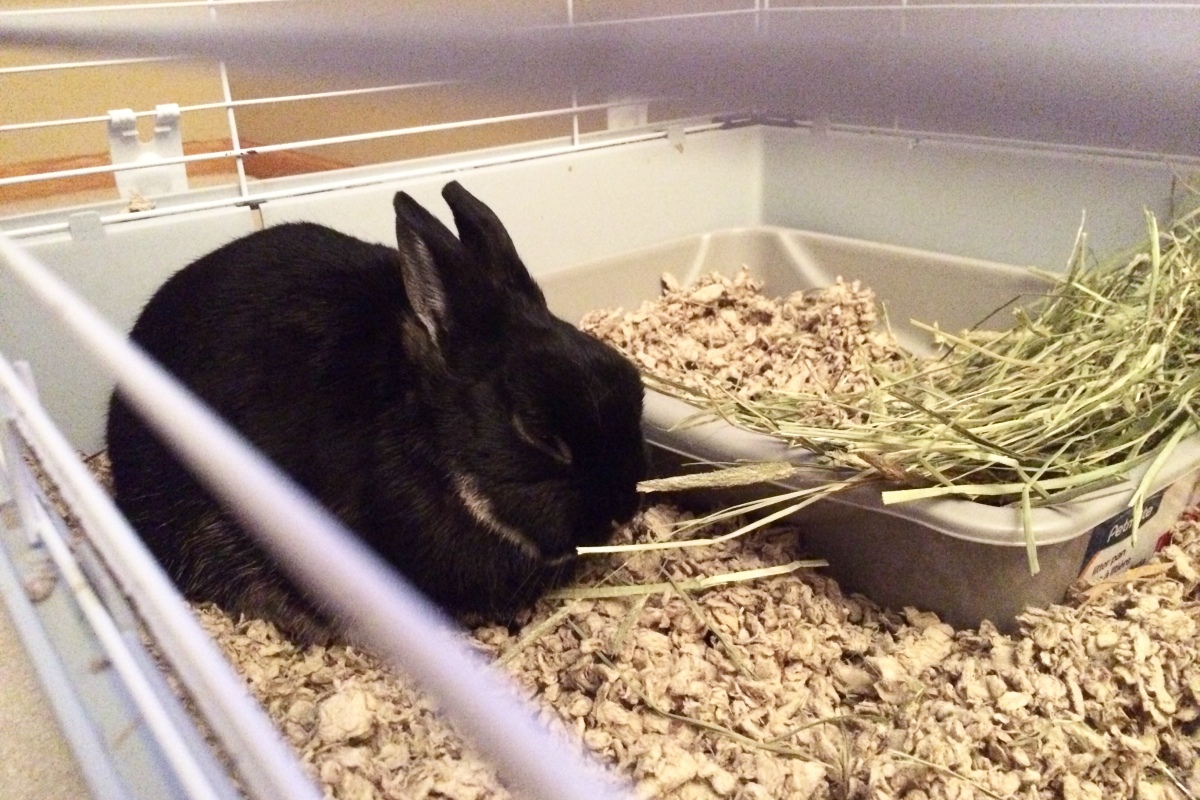 Two questions to start off today’s blog: How many times can a girl go to the vet in one day, and How thankful is this girl that she works from home.

Answers: 3 trips, and SO THANKFUL!

This day really did not go the way I thought it would. It was like one plot twist after another. Let’s just say I found myself saying “Okay, God” more than once today.

Went to bed last night, Burke was great. Drinking water, eating hay. Fast forward to this morning, and he refused to even look at food. He was in obvious distress; so much so that he hid from me under the bed where I couldn’t reach him. That’s extremely out of character for him.

So I called the vet, made an appointment. The earliest they had was 2:30, so we had to stick it out until then.

And in true Burke form, I walked into the bedroom to get him ready for the vet and Burke started eating his breakfast from hours ago. But I decided that I still wanted to take him, because something was obviously going on.

So, off to the vet we go. Vet thinks UTI, so they take him to get a urine sample. She comes back – go figure that his bladder was bone dry. So now he has to stay the remainder of the afternoon so they can get their sample. We also decided on blood work to make sure nothing else was going on.

I felt so guilty leaving him there. Rabbits are known for not doing well in times of stress, and I knew that staying there wasn’t going to be pleasant for him. But, neither is an infection.

A couple hours later, I drove back to pick him up (for those of you keeping track at home, this was trip #2). They were able to get their sample, definitely a UTI, but he did great (charmer), take him home.

We packed up our meds and home we went.

Got home, gave him his first round of meds before taking him out of the carrier. He took them great, no problems, so I brought him to our bedroom (where his cage is), and opened the carrier.

He was a little wobbly on his feet, but I attributed that to being in the car.

Well then he couldn’t find the opening to his cage. He was confused. He turned quickly and fell over – like collapsed from weakness.

I thought “He did get his blood drawn, maybe he’s just a little woozy.” He was desperate for food, so I put him up on the ledge in his cage to eat, and he did fine. He ate every last piece.

At this point, Colt must’ve been able to sense that something wasn’t right. He tried to climb into the cage with Burke, and I wouldn’t let him, so he got as close as he could to the side of the cage. 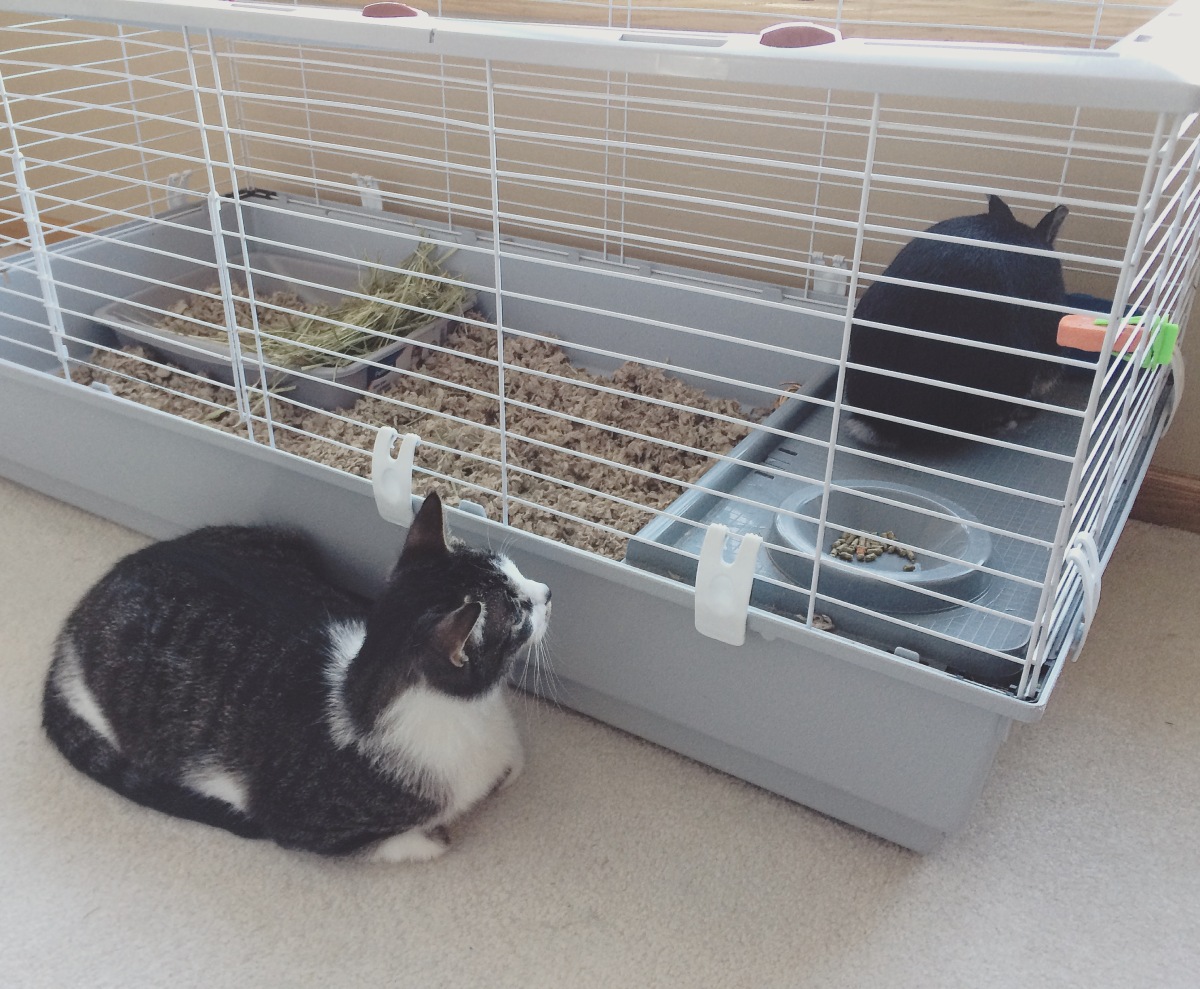 I was starting to feel better after he ate, but then when he moved to jump down, he didn’t know where his feet were and he fell down. Hard. And then stumbled across his cage.

I called the vet, and I asked the receptionist who took my call if unsteadiness was normal after a blood draw. She said she’d ask my vet. I knew it wasn’t good when the vet picked up my call.

“How fast can you get him back here?”

I held off tears the whole way until Paul called. He soothed my panicked soul, told me to call him back afterwards.

I pulled into the vet, wiped my eyes, and said “Okay, God.”

My vet did an orthopedic exam and a neurological exam, but he seemed to be responding normally to everything.

“No spinal injury, no obvious pain. We can do X-rays if you want, but I think he just is over stressed from the activity today.”

So we talked through how to watch him overnight, and she sent me home with one more med, and she promised she’d call me first thing in the morning to see how he’s doing.

So here we are, home again. I took the ledge out of his cage, so he can’t jump or fall, and am hoping rest is what he needs.

He’s already eating and drinking great again, and he’s been heavily sleeping (see his eyes closed in the picture?) since we’ve been home.

He’s still a little unsteady, but not as much as before. At least now I know the meds are at work, and he has a full belly.

God had me busy today, but at least He’s setting me up to be able to sleep tonight.